Over at io9, an overview of Ghost Dog. It’s a good article; the comments range widely, but some are insightful.

More reviews/critical pieces on Ghost Dog (Top Critics at Rotten Tomatoes is always a good place to start when you’re trying to find out how a film was received; try Ebert, McCarthy, Hoberman, Zacharek). 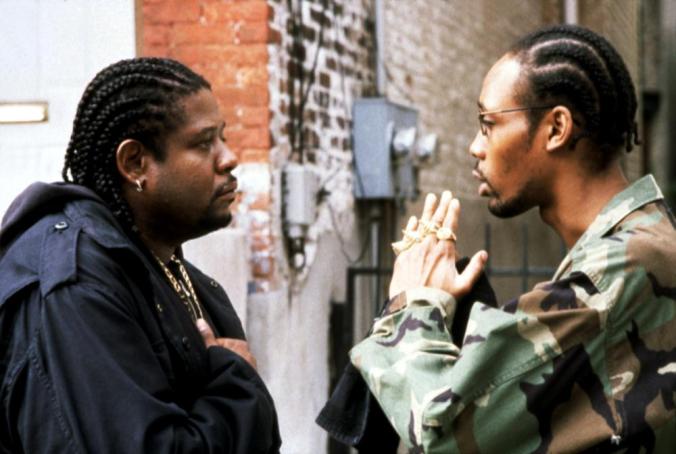 Nerve did a “top ten” Jim Jarmusch films article a couple of years ago. Good distillations of his most famous films, with hat tips to his use of Johnny Depp, Bill Murray, Tom Waits, and The RZA. Includes Night on Earth, which features the peerless Italian comedian Roberto Benigni in the funniest 25-minute taxi ride ever. Does not include Only Lovers Left Alive, the Tilda Swinton / Tom Hiddleston vampire film from 2013.

And if you ever got into The Wire (Barack Obama’s favorite TV series), Jamie Hector, who plays the ruthless Marlo Stanfield, got his start in Ghost Dog as “Gangster in Red.”